Every year the Division of Real Estate releases the required Annual Commission Update (ACU) course with topics the Division believes are important for brokers to know.  This is the required class every broker must take each year. 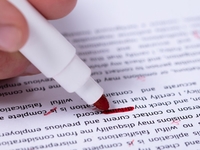 Every year the Division of Real Estate releases new forms and changes to the existing Commission approved forms.  This class is an in-depth look at the changes and new forms effective January 1, 2022 that you will not find in the Annual Commission Update including:

This class was created by Damian Cox, the Vice Chair of the Commissions Forms Committee, and all instructors have been personally trained by Damian.  Don't just learn what changed, learn why the changes were made, what risks are associated with the changes and how to explain the new forms and provisions to your clients.

This course provides background on Federal Fair Housing legislation, the protected classes, and how those classes have evolved on the national and state level. Additionally, assistance animals, disparate impact, and fair housing challenges when dealing with rental applications will be discussed. The attendees will leave the class with an understanding of fair housing law and best practices when performing property management.

Are you a successful real estate broker with more work than you can handle? It may be time to consider building your own real estate team. It takes a strong leader with a sense of purpose and clarity of vision to build a winning team of brokers and support staff. A successful team that delivers results consistently takes time and patience to develop.

Hiring mistakes can be costly. The wrong candidate can literally ruin your business and your reputation. If you’re seriously considering taking the next step to recruit and build a top real estate team, this course will help you prepare. 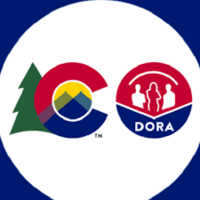 Corresponding Forms to the CREC Contracts

Perhaps you're comfortable with the Contract to Buy & Sell; but do you feel confident in knowing which forms to use during the course of your transactions?  Brokers are required to use provided forms to protect consumers. This course covers the rules related to the forms developed by the Colorado Real Estate Commission. Upon completion of this class, participants will understand the most commonly used forms and be able to ensure your files are compliant with DORA.

This course provides students with the comprehension of the different forms that correspond with the Contract to Buy and Sell. Brokers will gain the necessary knowledge of the importance of each of these forms and how they are to be completed. In understanding CREC Contracts brokers are better prepared to deal with any questions buyers or sellers may have, in addition to knowing the rules and requirements.

This real estate training course will focus on: